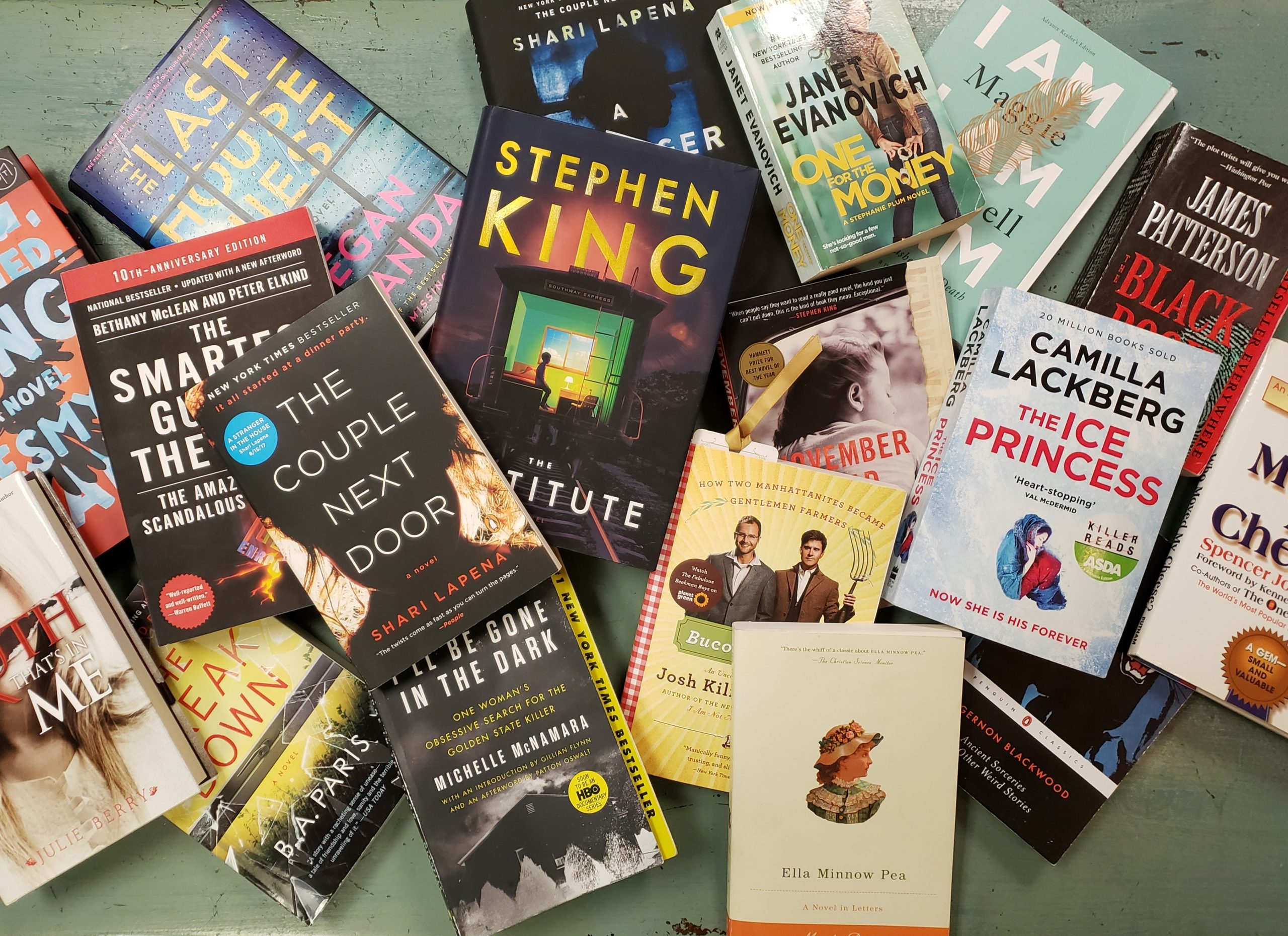 Happy New Year!! Thanks for coming out to the first book club of 2020! It was great to see everyone.

Lots of good books were read in December:

Christiana tried the first one of the Janet Evanovich’s series Shana enjoys, One For the Money. She also enjoyed Black Book by James Patterson and reread Who Moved My Cheese by Spencer Johnson.

Ashley read my choice last month, Sing, Unburied, Sing by Jesmyn Ward.  She liked it about as much as I did, not much.  But Ruthann, spurred by her friend’s recommendation of the book, is borrowing it this month.  Whether she likes it or not, I know I will enjoy her review of it next time.

Matt read my much enjoyed pick, The Institute by Stephen King.  He also read The Smartest Guys in the Room: The Amazing Rise and Scandalous Fall of Enron by Bethany McClean.

Mariya read The Bucolic Plague: How Two Manhattanites Became Gentleman Farmers: An Unconventional Memoir, by Josh Kilmer-Purcell (you missed a memoir Ross!)  And, I was glad she borrowed and enjoyed my pick from last month The Truth That’s In Me by Julie Gardner Berry.

Ruthann read Ella Minnow Pea by Mark Dunn, previously enjoyed by Ashley and Ross. She also sampled some of the short stories from Matt’s  pick, Ancient Sorceries and Other Weird Stories by Algernon Blackwood.

I read Christiana’s pick from last month, Minimalism: Live a Meaningful Life by Joshua Fields Milburn and Ryan Nicodemus before I got on my spree of thrillers. I read two by Shari Lapena, The Stranger in the House, and The Couple Next Door that Shana picked up. And, the one I most enjoyed, The Breakdown by B.A. Paris that Mariya is borrowing this month.

Hugh enjoyed the Golden State Killer research that’s been handed around the last few months, I’ll Be Gone in the Dark by Michelle McNamara. He also read a historical thriller, November Road by Lou Berney, about the Kennedy assassination.

I can’t wait to see everyone next time and hear about the new books you pick! Wishing everyone happy reading in 2020!