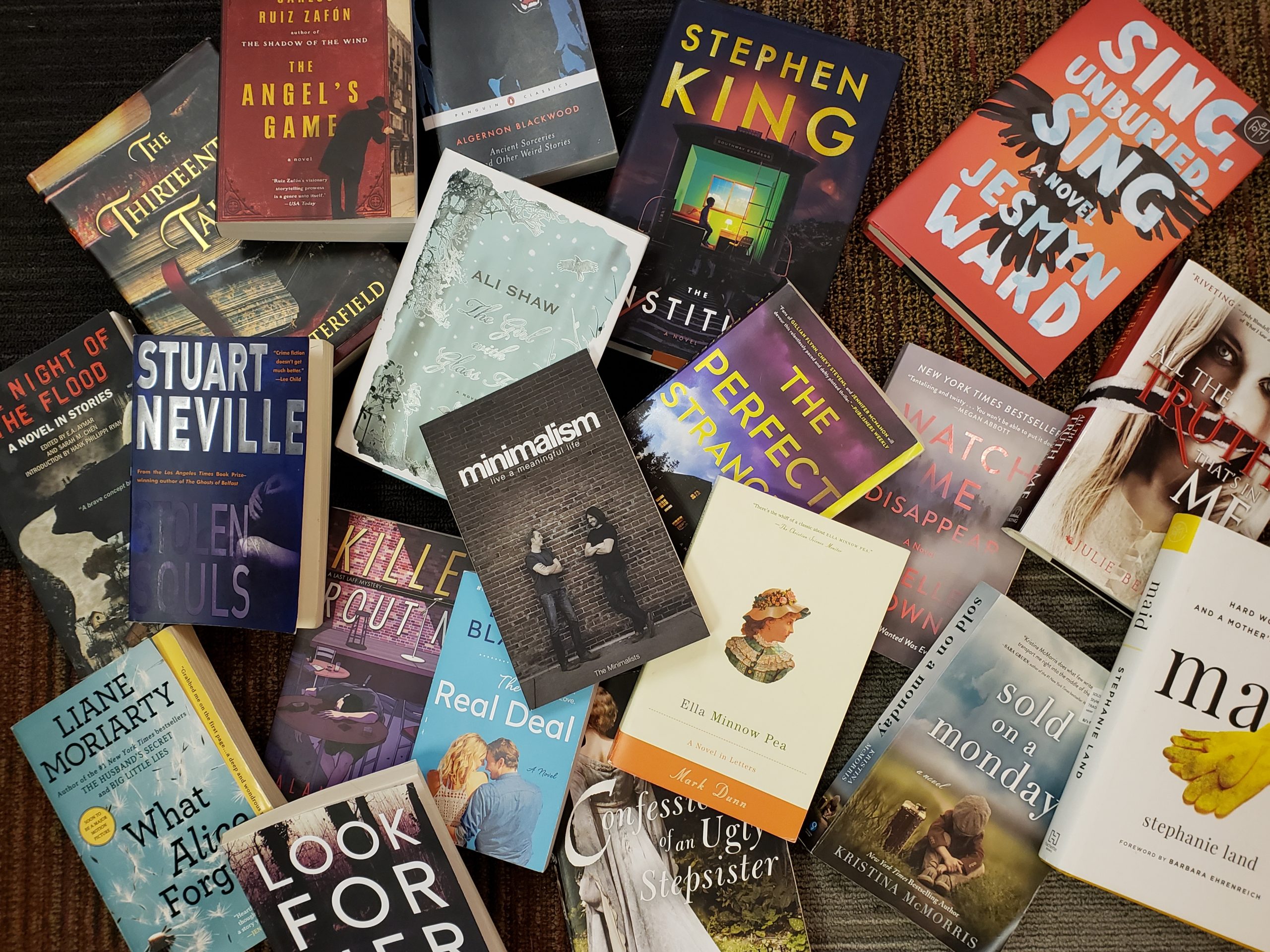 I had another fun night catching up with you all last night!  Thanks again for coming out in the cold and dark. It was great to see each of you. Lot’s of books this month!

Ross loved Ashley’s pick from last month Ella Minnow Pea by Mark Dunn. She likes it so much she thinks it could be on the school required reading list! I’m just fascinated by the author’s ability to write with omitted letters.  Ruthann is borrowing it this month.  Ross also read one of my reads, Maid by Stephanie Land, and was not impressed.

Ashley read the mysterious and gothic The Thirteenth Tail by Diane Setterfield.  She also enjoyed The Girl with the Glass Feet by Ali Shaw

Christiana read Minimalism: Live a Meaningful Life by Joshua Fields Millburn and Ryan Nicodemus. The war on “stuff” has been heavy on my mind lately so I’m borrowing it this month.

Shana enjoyed diving down the rabbit hole of Matt’s pick, I’ll Be Gone in the Dark by Michelle McNamara. She could not recommend the convoluted thriller, Look for Her by Emily Winslow.

We welcomed Hugh this month, yay! Slowly moving in the direction of evening out the group for Matt. Hugh read Stolen Souls by Stewart Neville and Killer Routine by Alan Orloff. Also, the Night of the Flood, told in short stories by multiple authors which sounds so interesting and unusual.

Matt read Ancient Sorceries and Other Weird Stories by Algernon Blackwood.  Ruthann is checking that out this month.  He also read the The Angel’s Game, the next, and much darker book following one of his last reads, The Shadow of the Wind by Carlos Ruiz Zafon.

Ruthann read Sold on a Monday by Kristina McMorris, which had a different story line than many of us had expected.

I brought Stephen King’s The Institute back for Matt, can’t wait to hear your thoughts. This month I read a Gone Girl style thriller, Watch Me Disappear by Janelle Brown and Sing, Unburied, Sing by Jesmyn Ward, which I can’t recommend despite it’s apparent acclaim. But, All the Truth That’s In Me, is a random young adult book that I loved! I can’t wait to hear what Mariya thinks about it next month.

It was lot’s of fun last night! Maybe I’ll see you at trivia before next month. But, if not, have a Merry Christmas and a Happy New Year! See you next year on 1/2/20 🙂