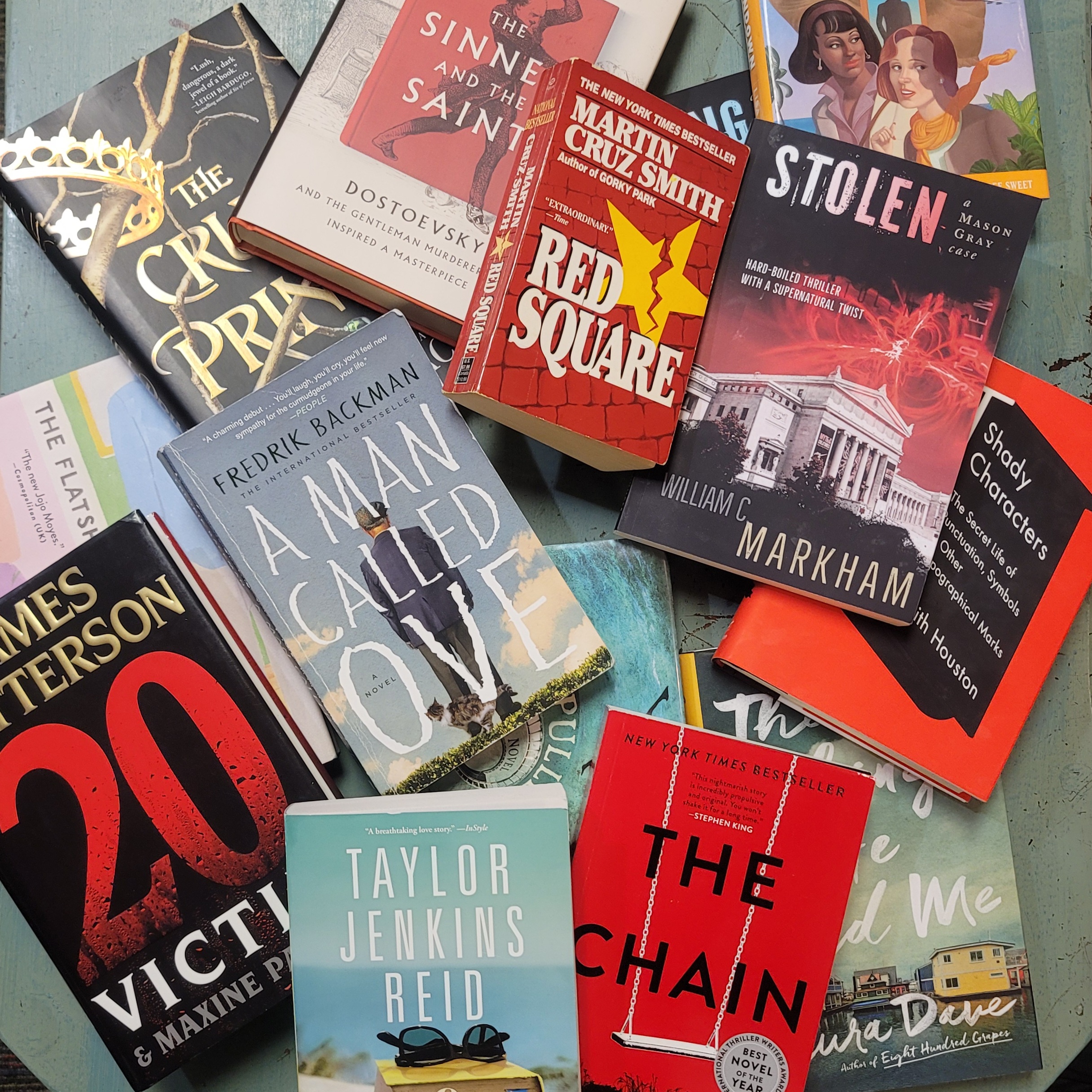 Last night was full of fun, thunderstorms, dog and cat influencers, and sharing some great news with friends! Also some TV binge recommendations and even a couple of books. Hugh carried the group with 4 books he read last month.

I read The Last Thing He Told Me by Laura Dave. I have every intention of finishing the book I’m currently enjoying, The Kingdoms by Natasha Pulley.

Christiana read one of Ashley’s recent picks, The Cruel Prince by Holly Black. She also enjoyed A Man Called Ove by Frederik Backman.

Matt is enjoying Kevin Birmingham’s The Sinner and the Saint. We missed you Mariya! I’m excited about your new addition!

Ashley read Caught In a Rundown by Lisa Saxton. She also read a non-fiction book that Shana is borrowing called Shady Characters: The Secret Life of Punctuation, Symbols and Other Typographical Marks by Keith Houston.

I hope our collective attention spans allow for more reading soon. Mine is apparently broken. I’m looking forward to some warm (and not wet) nights together in the courtyard again soon.