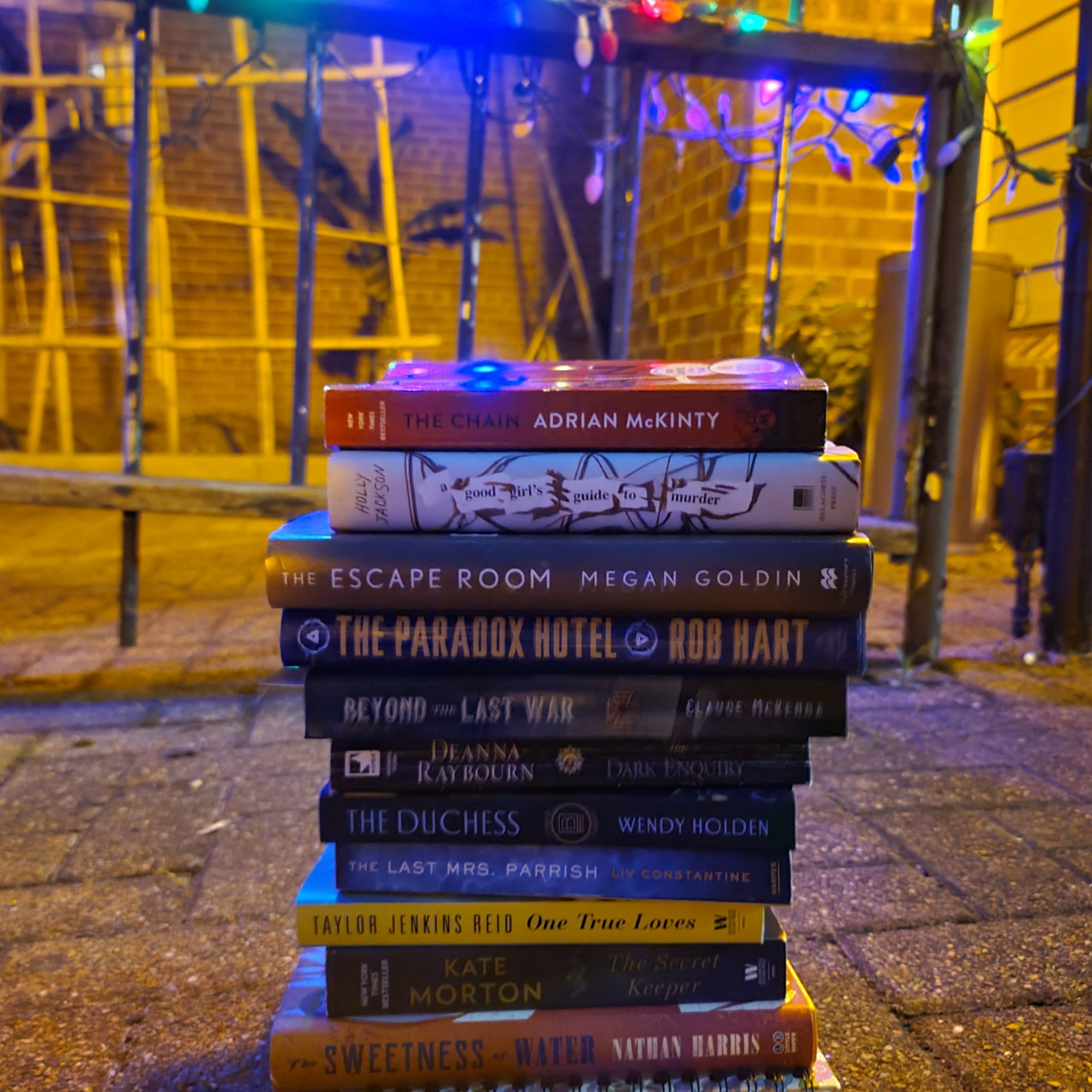 It’s hard to believe that it is already May! And it did not feel like May temperatures last night. If I had been thinking more about time last night, I would have realized that this May is our book club’s 4th anniversary! Time really has flown by ( although the last 2 years did seem to merge into 1. ) So, happy anniversary!! And to past and current members alike, thank you for making all of those first Thursday’s so much fun!

I am happy to report that my latest reading slump has passed. This month I read Shana’s One True Love by Taylor Jenkins Reid, The Sweetness of Water by Nathan Harris, and The Secret Keeper, Shana is borrowing this month.

Hugh read an impressive self-published work by Claude McKenna, Beyond the Last War. He also read The Paradox Hotel by Rob Hart which sounded very inventive.

Matt read Hugh’s pick The Chain by Adrian McKinty. I’m fascinated by the plot but I don’t think I can stomach it.

Mariya read The Escape Room by Megan Goldin and A Good Girl’s Guide to Murder by Holly Jackson (which I just discovered is the first of a 3 book series!) I have my eye on them both and Shana is borrowing them this month to keep them in the rotation. I can see a “book club to be read stack” in the making.

Melissa visited us for the first time. She shared her interest in the Advent series by Honor Raconteur, and Chronicles of an Urban Druid.

Ashley and Christiana, we were thinking of you and missed you. Ross, I am hoping and praying and looking forward to the next time we can catch up.

On to summer reading! I can’t wait to see what everyone will read next.