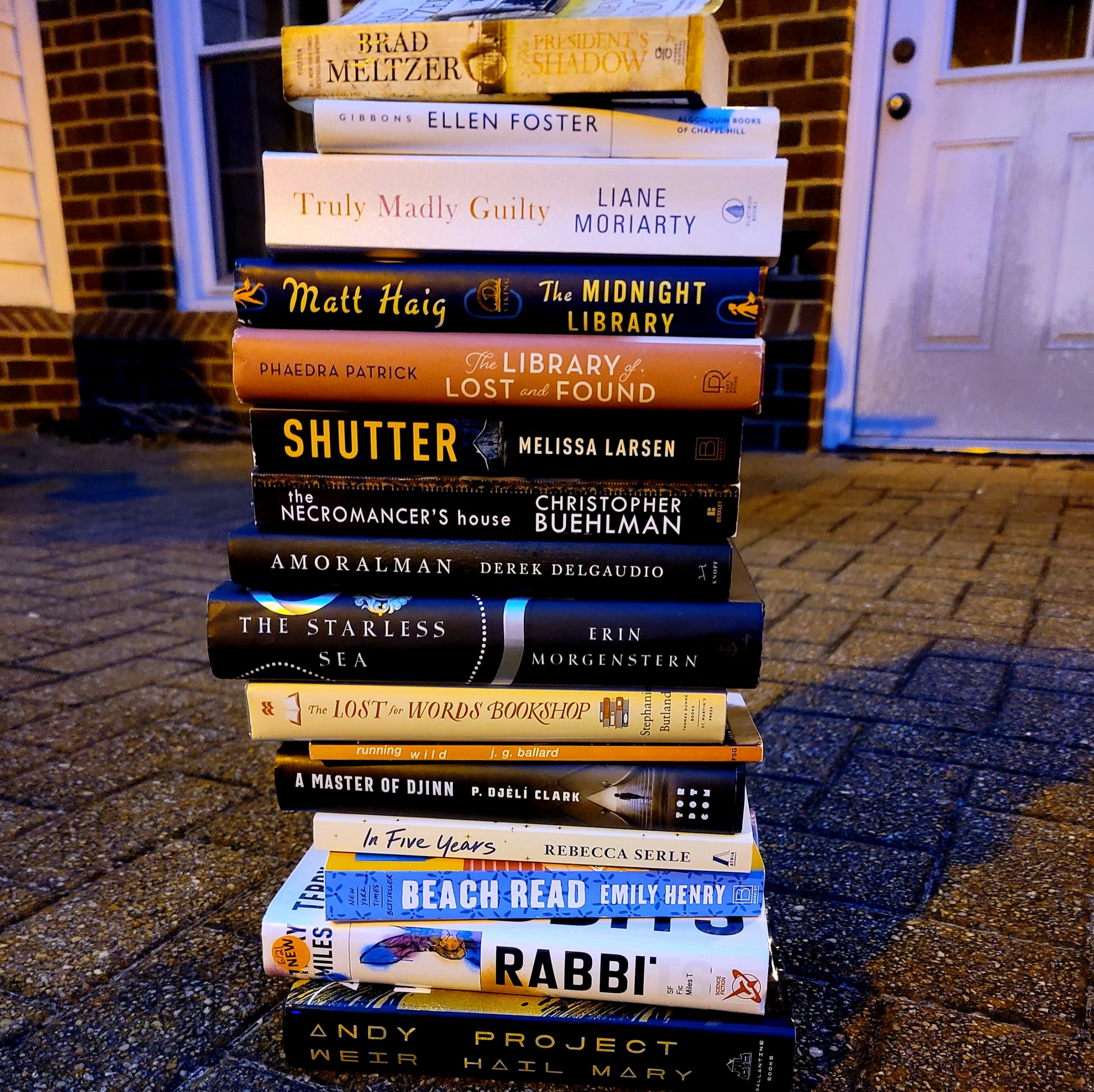 Wow, July! It was the perfect breezy night to sit out in the courtyard. Thanks, everyone for coming out, It was great to see you all again!

Ross suffered through Beach Read by Emily Henry. It could have definitely been more than it was, points for making it through to the end. She also read one several of us have read now, In Five Years by Rebecca Serle.

Hugh read The President’s Shadow. It is book 3 of what sounds like an exciting trilogy by Brad Meltzer.

Shana enjoyed the Midnight Library by Matt Haig. I think almost all of us will have read it now that Matt and Mariya are borrowing it this month. She also read Christiana’s pick from last month, The Library of Lost and Found by Phaedra Patrick, and Truly Madly Guilty by Liane Moriarty.

Ashley read Hugh’s pick last month, Running Wild by J.G.Ballard. We’ve heard mixed reviews, but I am giving it a try this month as a tie-breaker of sorts. She also read a sequel to The Haunting of Tram Car 015 by P. Djeli Clark, A Master of Djinn.

Matt joined a few of us on The Starless Sea by Erin Morgenstern and also read Christopher Buehlman’s The Necromancer’s House borrowed by Ashley.

Mariya read one of Christiana’s picks, The Lost for Words Bookshop by Stephanie Butland. She also read Shutter by Melissa Larsen that Shana is borrowing this month.

I read Ellen Foster by Kaye Gibbons. Matt is borrowing Project Hail Mary by Andy Weir. Someone, please go read Rabbits by Terry Miles! I need someone to talk to about Rabbits before the world ends (even though you can’t talk about Rabbits)

Christiana is reading Never Let Me Go by Kazuo Ishiguro. Now that you’ve told us about it you have to finish it, haha.

I hope the weather is just as perfect for us next month. I can’t wait to see you all again in August and hear about the great books you have discovered!