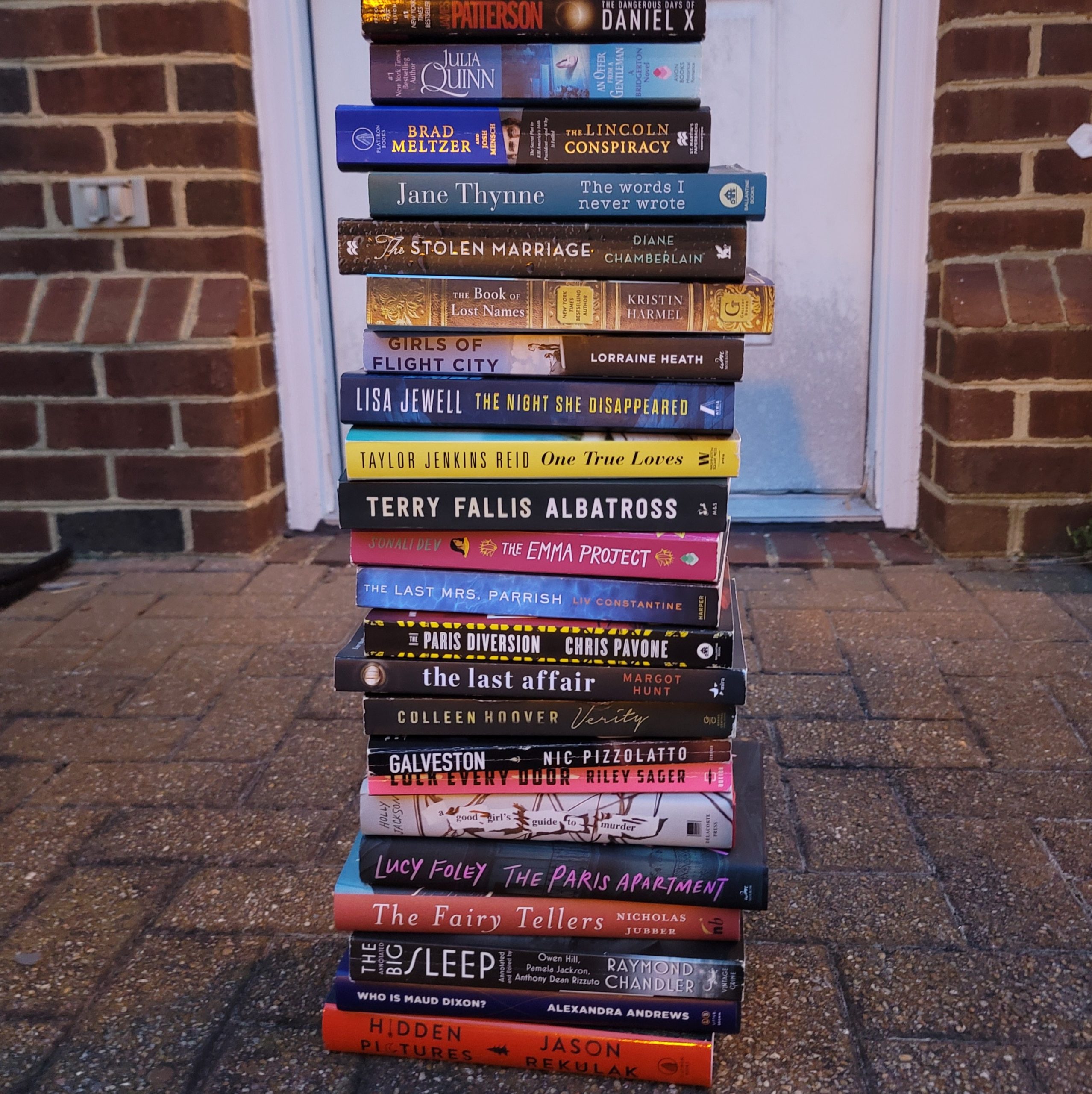 Last night was another beautiful evening in the courtyard. Not as many members could make it, but still lots of great books to share!

Matt read Hugh’s pick from last month, The Paris Diversion by Chris Pavone. He also read a non-fiction book, The Fary Tellers: A Journey into the Secret History of Fairy Tales by Nicholas Jubber. Chirstiana is borrowing it this week.

Mariya read Shana’s June Pic, The Emma Project by Sonali Dev, and one Shana and I have both enjoyed, The Last Mrs. Parrish by Liv Constantine. She also read Margo Hunt’s The Last Affair.

I quickly read and enjoyed Matt’s Hidden Pictures by Jason Rekulak and I can’t wait to hear what Hugh thinks of it next month. I also sped through Verity by Colleen Hoover; now Christiana, Mariya, and soon Shana will have read it. I also read Who is Maud Dixon by Alexandra Andrews.

Christiana read Albatross by Terry Falls, The Dangerous Days of Daniel X by James Patterson, and has started reading The Night Circus. She also enjoyed One True Loves by Taylor Jenkins Reid after Shana, Mariya, and I. I wonder if we can get the guys bought into the reading chain of some of these books!

Hugh took some time with the *Annotated* edition of The Big Sleep by Raymond Chandler. He also read Galveston by Nic Pizzolatto, Matt is borrowing this month. He also read Riley Sagar’s Lock Every Door which I was so excited to borrow until I realized I had read it a few years ago.

Shana outdid us all with her stack this month. She ready The Girls of Flight City by Loraine Heath, A Good Girl’s Guide to Murder by Holly Jackson, The Lincoln Conspiracy by Brad Meltzer, An Offer from a Gentleman by Julia Quinn. The Book of Lost Names by Kristen Harmel, and The Words I Never Wrote by Jane Tynne. I’m borrowing The Paris Apartment by Lucy Foley, and Mariya is borrowing The Night She Disappeared by Lisa Jewell and The Stolen Mariage by Diane Chamberlain.

I had fun catching up with everyone again, and we are so hoping we will see you again soon Ross! I can’t wait to see what everyone will be reading in August.