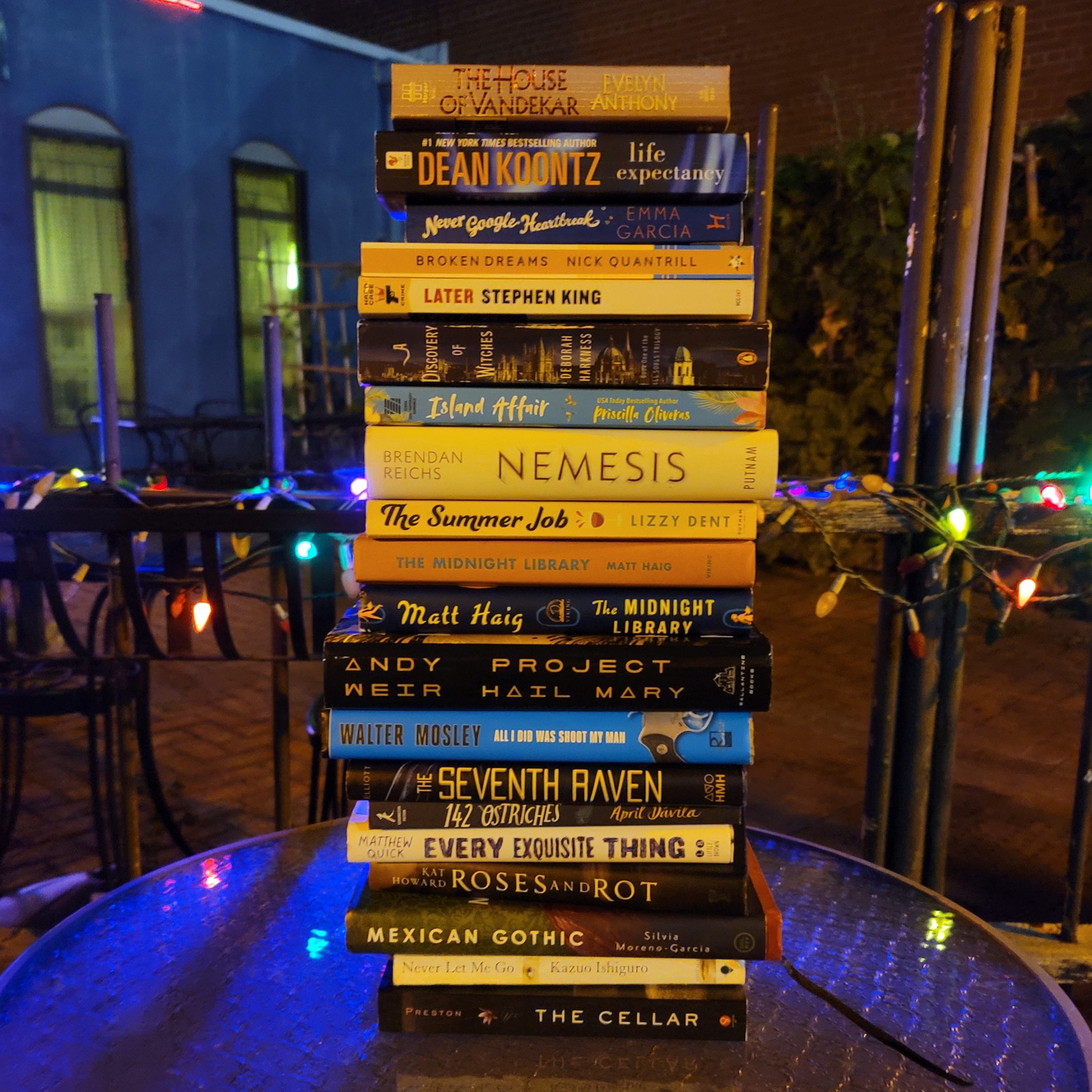 The. Perfect. Weather, for courtyard book club! I hope the fall stays cool but doesn’t get cold too fast.

Ross, against all warnings from Christiana, borrowed Never Let Me Go by Kazuo Ishiguro. She got halfway in before throwing in the towel. Ross, you said I read a wide variety of genres, but I can’t help but think in the last couple of years we have really taken you away from your memoirs and into a lot of different stuff!

Matt read The Midnight Library by Matt Haig with a lukewarm review. I’m so glad that you go to a chance to read, Project Hail Mary by Andy Weir and enjoyed it as much as I did. Shana, I think you will appreciate it too.

Mariya also read The Midnight Library, and in between renovation projects also had time to read two others that sounded cute: Never Google Heartbreak by Emma Garcia and The Summer Job by Lizzy Dint.

Shana read Brenden Reichs’ Nemesis and decided she could end the series there. She also read Island Affair by Priscilla Oliveras, and A Discovery of Witches by Deborah Harkness. I’m excited about starting that one next.

Hugh read my pick from last month, Later by Stephen King. Matt is borrowing it this month. Also, All I Did Was Shoot My Man by Walter Mosley, and Broken Dreams by Nick Quantrill.

I read Billy Summers by Stephen King, The House of Vandekar by Evelyn Anthony, and Shana’s pick that I borrowed, The Cellar by Natasha Preston. My favorite this month was Life Expectancy by Dean Koontz. I’m looking forward to hearing what Mariya thinks of it.

I’m already looking forward to next month to hear what everyone picks up. I thought of Ross today at the Dollar Tree and had to pick up a book there in her honor. Maybe we should have a “pick a book from the Dollar Tree” theme one month! Hope everyone has a great September. See you next time!