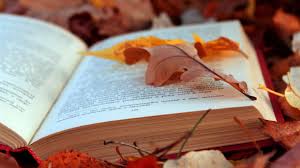 Hi First Thursday-ers!  I had such a great night this Thursday thanks so much for coming out! We missed catching up with Pamela, Ashley and Sasha.  Hope we can catch up with you and your reading lists next month.  Here’s the recap:

Don came to share 3 books.  He brought in a memoir by Larry McMurtry called Books that he enjoyed.  He also a brought in two books for the group to consider that he hadn’t been able to get into, Life of Pi by Yann Martel and The big Green Tent by Ludmila Ulitskya.

Shana brought in Prisoner of Night and Fog by Anne Blankman from last month.  Christiana is borrowing it this time.  She also read Ross’s pick from last month, Hotel on the Corner of Bitter and Sweet by Jamie Ford. Shana also had a new book she had read, Into the Water, a suspense by Paula Hawkins. Jaye is borrowing that this month.

Matt read Jaye’s pick from last month, Contagious: Why Things Catch On. I am borrowing that one this month.  He is also in the middle of reading Sons of Cain: A History of Serial Killers from the Stone Age to the Present by Peter Vronksy.  It is a true crime book just as the title describes.

Jaye read my pick from last month, Ghosted by Rosie Walsh. She also read Spinning Silver by Naomi Novik which is high on my reading list. It is a fractured fairy tale based on Rumpelstiltskin.  Jaye also enjoyed #Fashion Victim by Amina Akhtar. It’s Devil Wears Prada with a fashion forward killer.

Christiana read the Last Time I Lied  by Riley Sager.  This suspense thriller has made its rounds through the group and Shana is borrowing it this month.  Christiana also continued in her James Patterson collection with Sundays at Tiffany’s. A departure from Patterson’s usual murder mystery, this is about a young girl growing up with an imaginary friend.

Ross came in excited about her self-proclaimed Favorite Book of All Time, The Magic Strings of Frankie Presto, by Mitch Albom.  Deviating from his usual genre, Albom writes a story told through music.  Don is borrowing it this month and Ross is very interested in hearing a male perspective on the book.

I read Matt’s pick from last month, Something Wicked This Way Comes by Ray Bradbury. I also shared Now You’re One of Us by Asa Nonami.  Translated from a Japanese horror story it tells of a woman marrying into a family of secret rituals.

I’m looking forward to hearing everyone’s feedback on the books they borrowed this month as well as all the new books you pick for November!  Thanks as always for coming out to share books and great conversation!

Don’t forget there are two author events coming up this month.  On October 20th we will be hosting Melissa Mattie, author of Something Better: A Journey through the Wilderness and Into the Promised Land. Her book is a personal memoir of overcoming abuse, mental illness and drug addiction. Also James Gillen will be here on October 27th to meet fans and sign copies of his Paul Isaac Vampire series.  Both events are held 1pm -3pm.  Hope  to see you then!