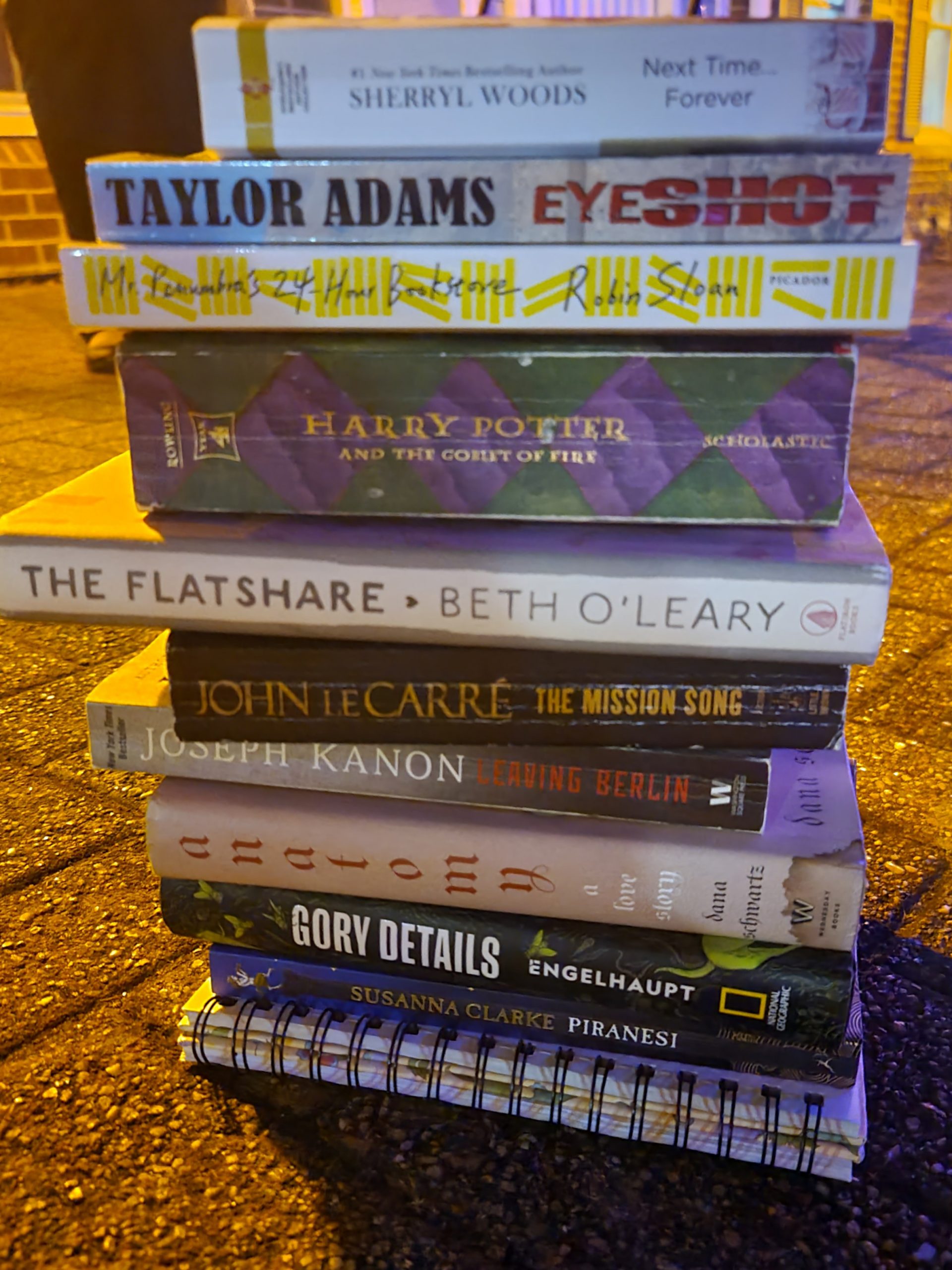 No one read very many books this month, I think it might be the shortest list in the histroy of Thursday book club. But there was great company and perfect weather for the courtyard.

I read zero books. I know. I am appalled. It is definitely not the fault of any book, ( I tried several) it is the fault of my brain. I made a serious effort toward Matt’s pick Piranesi by Susanna Clark.

Mariya read two books that were surpisingly different despite being in the same volume. Next Time… Forever by Sherryl Woods and Secret Christmas Twins by Lee Tobin McClain.

Shana digitally read The Hypnotist’s Love Story by Liane Moriarty, and is working on An Unwanted Guest by Shari Lapena.

Hugh worked through some dense spy novels: Leaving Berlin by Joseph Kanon, and The Mission Song by John LeCarre.

Christiana loved The Flatshare by Beth O’Leary that Mariya and I also enjoyed. Shana is borrowing it this month. She also went back to an old favorite, Harry Potter and the Goblet of Fire.

I hope we can all get together again in March to enjoy some new book introductions in the courtyard!